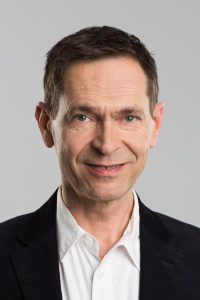 Alexander Hirschenhauser has been working in the music industry since 1986: As club promoter, as artist and label manager, as CEO of SSD TRADING LTD in retail and distribution as well as running Austria’s first independent online and download store in the early 2000’s. As founding member of Austrian trade organization VTMOE (est. 2003) Hirschenhauser has been board member ever since then and since 2009 he is speaker of the board. In 2011 Hirschenhauser has organized an international “Fair Music Conference” in Frankfurt, following a feasibility study on introducing a “Fair Music Rating” similar as the “Fairtrade” seal. In 2016 he got elected delegate of Austria’s independent labels to the control board of LSG (Austrian neighboring rights collecting society) and he got re-elected in 2018 for another term of 2 years in that board. Besides this, Hirschenhauser is district councillor in Central Vienna since 2009.